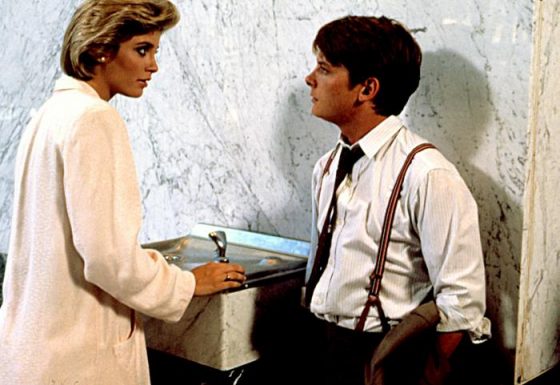 The Secret of My Success was a deeper cut Michael J. Fox movie from 1987 that finds the once and future Marty McFly on a classic story of a small town boy who heads to the big city to try and make it big in the world of business.  However, things are a little more complicated as Fox’s character Brantley creates a fake persona of a new financial executive while still working in the mailroom for his uncle and getting involved in a love square between his boss, his boss’ wife and a fellow exec played by Helen Slater.  There were a bunch of montages as Brantley works his way up the corporate food chain, one of them the title track by Night Ranger.  The song was a single off their album Big Life and it did fairly well on the Mainstream Rock charts but didn’t do much on the Hot 100, reaching 64.  It was also overshadowed by Dirty Dancing which also came out that year and it’s soundtrack hit, “(I’ve Had) The Time of My Life”.  Check out the official music video for The Secret of My Success below.