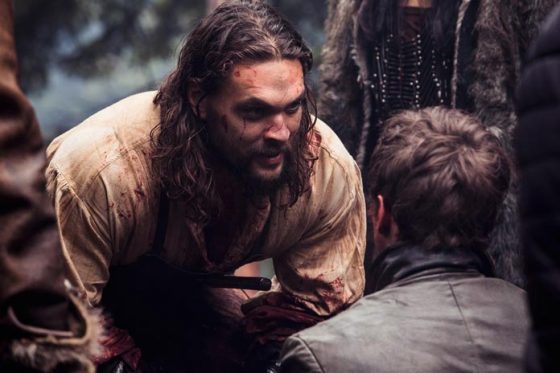 The newest Netflix Original Series arrives on January 20th as Jason Momoa stars in Frontier.  Momoa plays Declan Harp, an Irish/Native American outlaw who is terrorizing the Hudson Bay Company’s fur trade in Canada in the 1700’s.  The British government sends forces to stop Declan but he seems pretty unstoppable in this trailer.  It looks pretty awesome and kind of an interesting companion to the kind of similar Tom Hardy show Taboo that is coming around the same time.  The first episode is 6 episodes and you can check out the trailer below.