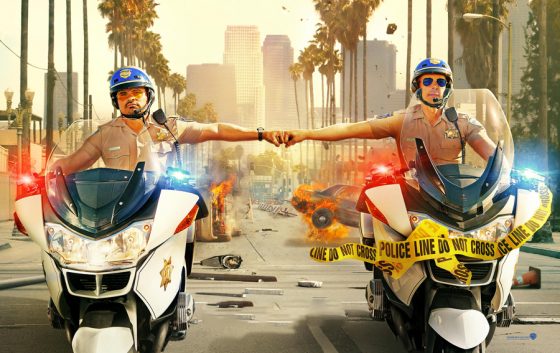 We’re fully in the trend of 21/22 Jump Street imitators, with Baywatch out this summer and now CHiPs out in March.  Dax Shephard co-stars, wrote and directs this comedic update of the late 70’s/early 80’s cop show that starred Eric Estrada and Larry Wilcox, which “modernizes” things for 2017 by turning Ponch, played by Michael Pena, into an undercover FBI agent investigating possible corruption in the ranks of the California Highway Patrol.  Vincent D’Onofrio is the leader of the corrupt cops and Wilmer Valderama, Maya Rudolph, Kristen Bell, Adam Brody and Ben Falcone are showing up as well.  It might have been better served having a Red Band trailer, as this one is not particularly funny and features three separate jokes about dudes crotches.  The movie is out on March 24th and you can check out the trailer below.