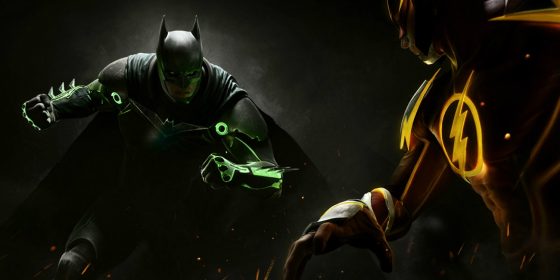 The first Injustice was a fantastic spin on the engine that NetherRealm used to bring back Mortal Kombat and now Injustice 2 will probably build on both the original and Mortal Kombat X when it releases on May 16th.  There’s been a few glimpses of gameplay but this is the first “story” trailer, which sets up the fact that the alternate universe Superman, who was the villain of the first game, has been locked away by Batman but there’s a new threat coming from space in the form of Brainiac.  There’s some iconic moments from the first game redone in super realistic CG  and there’s also Supergirl battling Wonder Woman.  It’s also revealed in this trailer that you can pre-order and get Darkseid as a playable character.  Even if you don’t have anyone to play locally with or can’t handle online, all the NetherRealm games have been worth checking out for the excellent single player campaigns and hopefully Injustice 2 keeps up that trend, check out the trailer below.