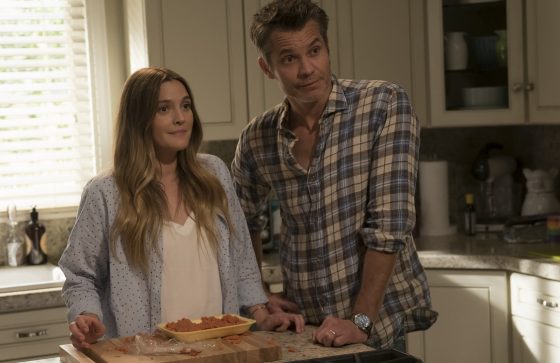 It seems like every few days we’re getting a new trailer for a Netflix original show or movie and the latest is Santa Clarita Diet, which is hitting streaming on February 3rd.  Drew Barrymore and Timothy Olyphant star as a normal suburban couple who run a real estate business together and raise their two teenage kids until one day, Sheila (Barrymore), suddenly becomes a zombie and develops an insatiable taste for human meat.  Being a great husband, Joel (Olyphant), helps her with her hunger and they start killing people they deem deserve it, like criminals.  Patton Oswalt and Nathan Fillion are some of the guest stars and it’s from My Name is Earl and Better Off Ted creator Victor Fresco.  It looks a bit like a reverse iZombie, where instead of solving crimes like Liv, Joel and Sheila are committing them and Sheila also loves being a zombie because she doesn’t really need any sleep and has a ton of energy from eating people.  It looks like a lot of fun and you can check out the trailer below.