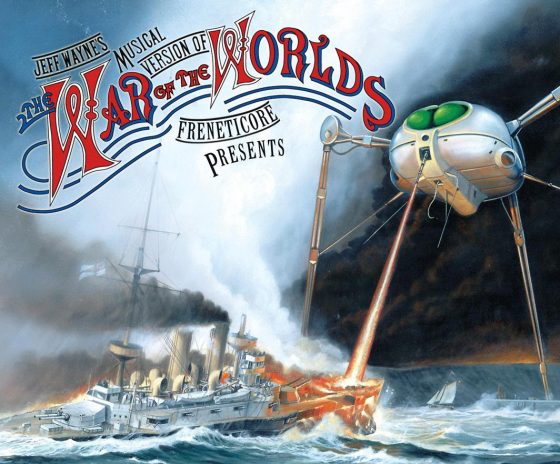 There have been many versions of HG Wells’ classic sci-fi novel The War of the Worlds but by far the funkiest was Jeff Wayne’s concept album version from 1978.  Recreating the story with narration from Richard Burton, the album is broken into two parts, “The Coming of the Martians” and “The Earth Under The Martians” and features songs based around the major events of the novel.  One of the tracks “Forever Autumn” became a Top 5 hit in the UK and beyond the album there was a live tour of the album with actors portraying the various roles and three different video games, including a 1998 real time strategy game that let you play as either the Martians or humans.:

The first track, The Eve of the War, is featured below but the entire album is a glorious prog rock masterpiece that should definitely be checked out.