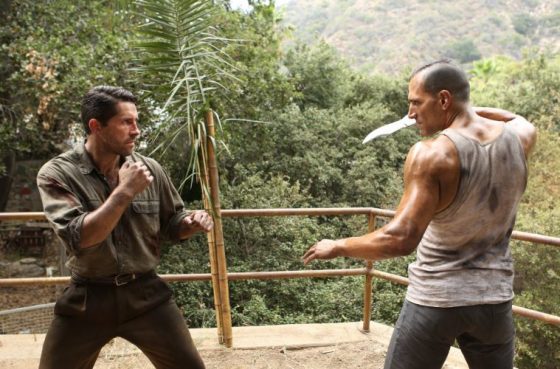 Scott Adkins is almost single handedly keeping the style of 80’s action going with his various movies like Close Range and the Ninja movies and his latest is set in 1959 Indochina, Savage Dog.  Adkins plays a man named Martin who runs afoul of the corrupt government and it’s gangster allies, including his Undisputed co-star Marko Zaror, and is locked away.  Unwisely, they let him hone his body into the ultimate weapon and he escapes looking for revenge.  Keith Davis shows up as bartender Valentine and Cung Le and Juju Chan co-star as well.  It’s directed by Jesse V. Johnson, who directed the Stone Cold/Dolph Lundgren movie The Package and it’s out sometime this year.  Check out the trailer below.