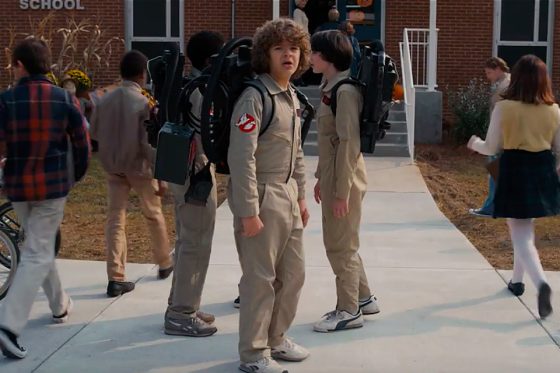 Almost taking all the attention away from the big game, Netflix debuted the first trailer for Stranger Things season 2, being called Stranger Things 2 in the vein of the 80’s sequels it’s taking inspiration from.  Coming out around Halloween this year, the show seems to be set around that time, especially as Mike, Dustin and Lucas are dressed as the Ghostbusters for Halloween in Hawkins at one point.  The time frame is officially late 1984, about a year after the first season and the trailer seems to imply that Will and Joyce will need to head back to the Department of Energy to study what is happening to Will since he returned from the Upside Down and, speaking of that alternate universe, this trailer seems to end with the implication that the monsters of that universe may invade our world completely, instead of striking quickly and returning like the Demogorgon.  Check out the trailer below.