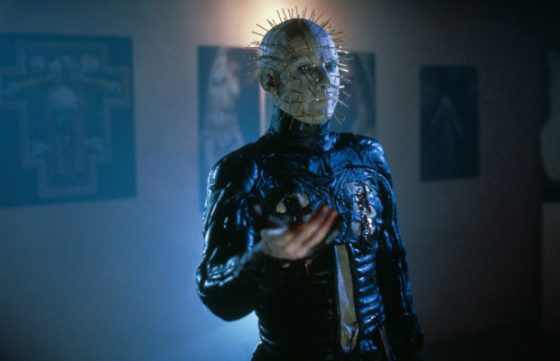 Written by Lemmy, Ozzy and Zakk Wylde, Hellraiser was featured on the soundtrack for Hellraiser 3: Hell on Earth, which featured Pinhead being separated from his human side and fully becoming a force of evil, attacking the patrons of The Boiler Room nightclub with help from new Cenobites like The DJ, who weilds deadly CDs.  For the music video for Hellraiser, Doug Bradley appeared as Pinhead in some sort of demonic nightclub and eventually plays poker against Lemmy, who, of course, is completely unfazed by anything around him.  Clips from the movie are also intercut as well.  It eventually also appeared on the band’s album March or Die and Ozzy performed his own version that appeared on the soundtrack for GTA: San Andreas and his album No More Tears.  It’s a fantastic Motorhead song and a fun music video, check it out below.

Musical Montage: Smash Mouth “Can’t Get Enough of You Baby”