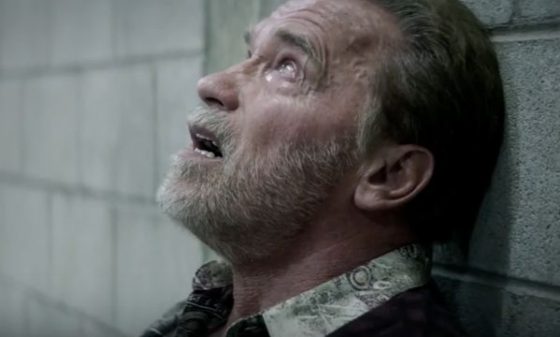 Our patron saint, Arnold Schwarzenegger, is back in something that isn’t a Mobile Strike ad or The Apprentice with the upcoming movie, Aftermath.  Arnold plays a construction worker eagerly awaiting the return of his wife and daughter but a mistake by an air traffic controller (Scoot McNairy) causes the plane to crash and they are both killed.  After being callously offered a settlement for the deaths by the airline, Arnold becomes determined to find the person who caused the crash, who has gone into hiding and becomes increasingly more paranoid as he becomes the target of the rage of all the victims of the crash.  Although it seems like Arnold may be looking to deliver a beatdown, things might play out a little more dramatically and this definitely isn’t a new Arnold action movie, but more in the vein of Maggie.  You can check out the trailer below and the movie is out April 7th.