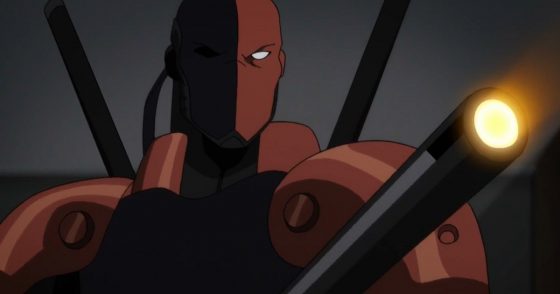 Following up Justice League vs Teen Titans, the Titans are back and facing off against Brother Blood and Deathstroke in Teen Titans: The Judas Contract.  Brother Blood (Gregg Henry) is looking to drain the powers of the titans to turn himself into a god and hires Deathstroke (the late Miguel Ferrer) to capture them.  All the Titans from the prior film are back including Starfire (Kari Wahlgren), Nightwing (Sean Maher), Raven (Taissa Farmiga), Beast Boy (Brandon Soo Hoo), Blue Beetle (Jake T. Austin), Damian Wayne (Stuart Allen) and new member Terra (Christina Ricci), who was teased at the end of Justice League vs Teen Titans.  Jay Oliva is back to direct and it’s out later this year, check out the trailer below.