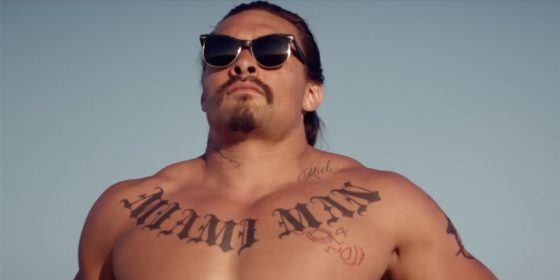 Currently splattering skulls in John Wick Chapter 2, Keanu is getting weird for his next role alongside Jason Momoa and Giovanni Ribisi in The Bad Batch.  A girl, Arlen (Suki Waterhouse), is kidnapped by a tribe/cult living in a possibly post apocalyptic wasteland along the US/Mexican border.  Her arm and leg are chopped, presumably to be eaten as the group are also cannibals but its seem like, even after that, she may be lured into fully joining the group.  It definitely looks weird and feels like it’s in the vein of Nicholas Winding Refn but it’s from Ana Lily Amirpour, who directed 2014’s indie horror movie A Girl Walks Home Alone at Night.  It debuted at Fantastic Fest last year but it’s hitting sometime this summer and you can check out the trailer below.