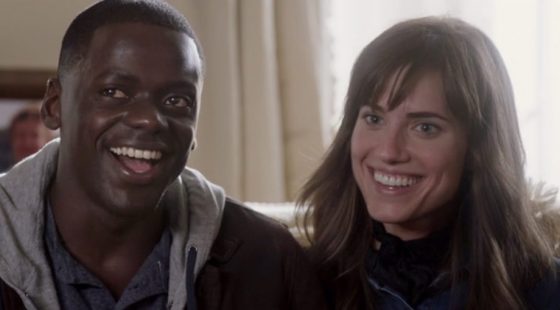 Riding into the weekend on a 100% fresh rating on Rotten Tomatoes, Get Out was a huge directorial debut for Jordan Peele and one of the best horror openings of the last few years.  The movie made $30.5 million, putting it in seventh all time for Blumhouse openings, between The Purge: Election Year and The Purge: Anarchy, with this year’s Split still the all time best opening and highest grossing movie from the horror studio so far.  It’s opening about $10 million off from last year’s The Conjuring 2 but it was higher than basically every other horror movie last year, including Don’t Breathe, Lights Out and Ouija: Origin of Evil.  It was also way up from Jordan Peele’s last foray on the big screen, Keanu, which only made $9.4 million it’s opening weekend.

The Lego Batman Movie dropped to second with another $19 million, putting it over $133 million for it’s three weeks out.

John Wick: Chapter Two actually moved up a slot, going back up to third from fourth last weekend with $9 million while The Great Wall dropped to fourth with $8.7 million.

Fifty Shades Darker rounded out the top 5 with $7.7 million.

The other two new releases were gigantic bombs, not even making it into the top 10.  Rock Dog, the Owen Wilson starring animated movie, only made $3.7 million, which puts it just slightly above last year’s forgotten Robinson Cruscoe animated movie, The Wild Life, and Rock Dog will probably join it soon in obscurity.  Collide meanwhile, the Nicholas Hoult car chase action movie, had one of the worst openings of all time with $1.7 million, making it the sixth worst opening in 2,000 to 2,499 theaters alongside disasters like Rock the Kasbah and Jem and the Holograms.

A Cure for Wellness is also most likely going to be a huge loss for Fox, as it dropped to 14th place from tenth in it’s second week and only brought in another $1.4 million and it’s only made $7.5 million total on a $40 million budget.

Battle at the Box Office 3/2