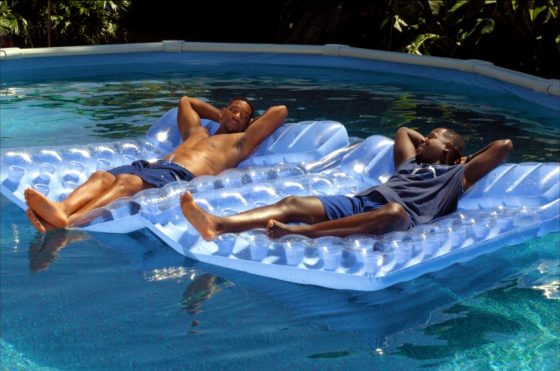 Featuring “executive soundtrack producer” Sean P. Diddy Combs, Shake Ya Tailfeather was the main single off the Bad Boys II soundtrack and was a massive hit.  It hit number one on both the Rap and Hot 100 charts, unseating Beyonce and Jay-Z’s “Crazy in Love” and it won the Grammy in 2004 for Best Rap Performance by a Duo or Group.  Also featuring Murphy Lewis, the song actually doesn’t really have much to do with the movie besides a shout-out at the beginning and references to Nelly being a Bad Boy (but more the record label, less the movie) but there are clips from Bad Boys II sprinkled throughout.  In the context of the movie, Shake Ya Tailfeather pops up multiple times, including when Mike and Marcus believe they’ve foiled the drug smuggling operation in Miami after the amazing freeway car chase but then they find out that “shit just got real” when Marcus’ sister Syd has been kidnapped.  Check out the music video below.