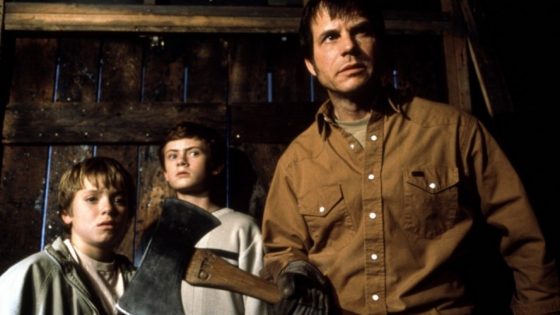 As a tribute to the late Bill Paxton, this month for our Movie of the Month, we’ll be checking out 2002’s Frailty.

Paxton starred and also directed Frailty, which follows his character believing he’s been chosen by God to rid the world of “demons” and he enlists his two sons to help him.  In the present day, Matthew McConaughey plays one of the grown sons and is relaying this info to an FBI agent played by Powers Boothe.  It definitely feels like an early 2000’s, Sixth Sense inspired horror thriller, including a twist ending, but Paxton is great as always and McConaughey is more like the present day McConaughey than 2000’s McConaughey, who was seemingly trapped in endless Kate Hudson romantic comedies.  His buddy James Cameron, Sam Raimi and Stephen King have all praised the movie as being a great underrated gem and we’ll be checking it out at the end of the month.  You can add it to your Netflix queue by hitting up this link: https://www.netflix.com/title/60022055