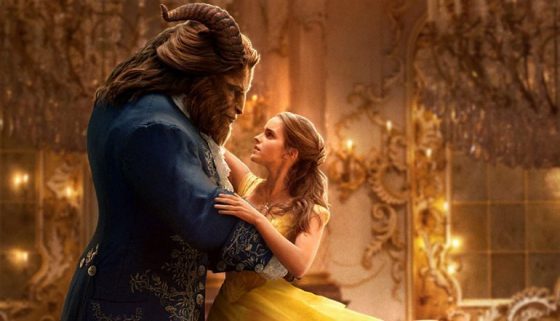 Following the success of Cinderella and The Jungle Book, Beauty and the Beast is the latest live action Disney remake hitting theaters and unlike those prior movies, the entire iconic soundtrack is coming along from the animated original along with some new tracks.  Ewan McGregor is leading the cast in Be Our Guest and Josh Gad and Luke Evans apparently deliver a fantastic version of Gaston but it’s the title song that is getting the most attention from Disney with Ariana Grande and John Legend taking over from Celine Dion and Peabo Bryson for the “Pop” version of Beauty and the Beast (Emma Thompson takes over from Angela Lansbury for the version in the movie).  An extremely elaborate music video was released last week which places Grande and Legend in the ballroom along with Dan Stevens and Emma Watson for the big dance sequence of the movie and you can check it out below along with the bonus of the original Celine Dion/Peabo Bryson music video.