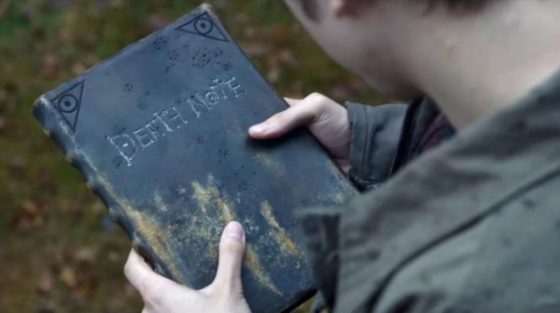 Netflix is adapting an anime classic into live action for August this year with the Death Note movie. Directed by Adam Wingard, who is currently 2 for 3 as far as movies go, whiffing last year with the Blair Witch Project sequel, the movie stars Nat Wolff as Light Turner, who comes into possession of the mysterious notebook called the Death Note, where he can write in anyone’s name and that person will die.  He decides to take the law into his own hands and starts writing in criminals’ names but he draws the attention of a detective looking to solve the string of deaths.  Willem Dafoe will voice the demonic Ryuk, a “Shinigami” who dropped the Death Note into the human world because he was bored and was looking to cause some chaos for fun.  The movie hits streaming on August 25th and you can check out the trailer below.