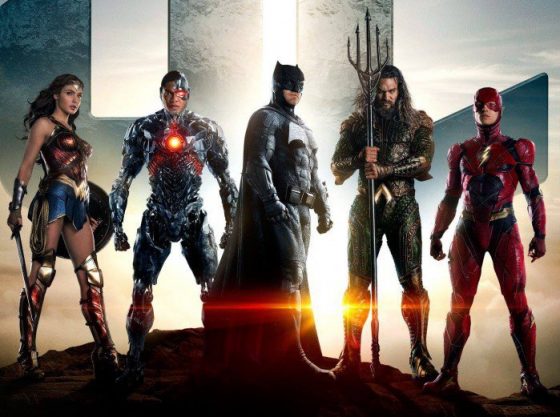 Since the reveal at Comic Con last year, the Justice League has been pretty quiet until now, with a brand new trailer for the massive team up that is coming in November.  After the events of Batman v Superman, Bruce Wayne (Ben Affleck) and Wonder Woman (Gal Gadot) have to assemble the other “metahumans”, The Flash (Ezra Miller), Cyborg (Ray Fisher) and Aquaman (Jason Momoa), to stop an intergalactic threat to Earth led by Steppenwolf and his army of Parademons.  Speaking of the latter, there’s tons of Parademon battling by the entire League in this new trailer and it seems like maybe the first arc of the New 52 Justice League that also inspired Justice League: War may be the inspiration here as well.  There’s also hints of the lighter tone everyone was complaining was missing in BvS, with some more one liners (“What’s your superpower again?” “I’m rich”) but it still has that darker Zack Snyder look to it.  Amy Adams’ Lois Lane and JK Simmons Jim Gordon also show up in the trailer and if you don’t think Henry Cavill is showing up halfway through or sooner, welcome to your first superhero movie.  The action looks awesome and it looks like there will be some great team up moments between the heroes (Aquaman riding on top of the Batmobile and then jumping off to fight Parademons? Yes please!)  It’s out on November 17th and you can check out the new trailer below.