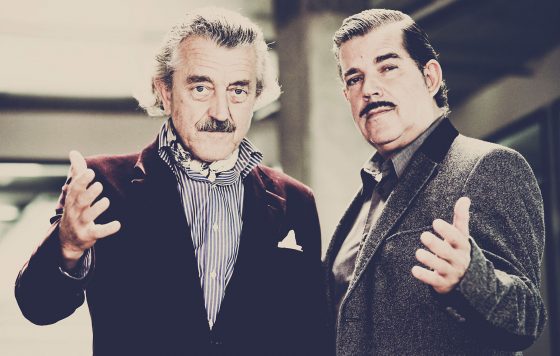 If there’s one song that is inextricably tied to a decade and specific movie, it’s “Oh Yeah” by Yello, which is tied forever to Ferris Bueller’s Day Off even to this day. Yello is Swiss electronic/synthpop duo Boris Blank and Dieter Meier and “Oh Yeah” was released on their Stella album in 1985.  A year later it was featured in Ferris Bueller and again,though not as remembered, the Michael J. Fox movie The Secret of My Success in 1987.  Since then, it’s appeared in countless commercials, movies and TV shows, including becoming Duffman’s theme song on The Simpsons, and the revenue from the song was the basis for Dieter Meier’s personal wealth that is now over $175 million thanks to wise investments.  Despite the commercial success, the song didn’t seem to make much of an impact on the charts at the time, hitting 51 on the Billboard Hot 100 and 36 on the Billboard Dance chart.  It’s best performance was in Australia where it hit #9 on the charts.  If you’ve never actually seen the official music video, get ready for a dose of WTF, as nothing really makes sense as Boris and Dieter mouth the iconic vocal noises of the song in bizarrely lit rooms holding cutouts of the sun and moon while a little girl dances around.  Check it out below.