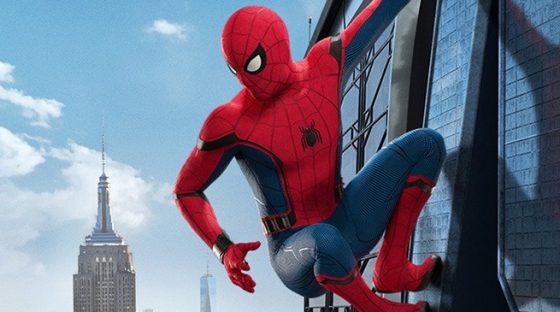 The new trailer for Spider-Man: Homecoming is here and it gives some interesting new plot details in addition to tons of new footage.  After helping Team Stark during Civil War, Peter (Tom Holland) is back in NYC trying to prove himself to Tony (Robert Downey Jr) and the Avengers but Tony doesn’t want him to be reckless or get in over his head, which Peter seems to do when he faces off against Adrian Toomes (Michael Keaton), who leads a crew of criminals using dangerous, high-tech weapons.  It appears that the ferry sequence that capped off the first trailer might be fairly early in the movie and, after having to be bailed out by Iron Man, Tony takes back Peter’s high tech suit, forcing him to go back to his crappy homemade suit but still determined to stop Toomes and his powerful flight suit that turns him into The Vulture.  It looks amazing and hopefully finally the Spider-Man movie we’ve been waiting decades for, the one that finally captures why everyone loves the character.  It’s out on July 7th and you can check out the trailer below.

Peter Tries to Figure Out His Fancy New Suit in the Final Spider-Man: Homecoming Trailer