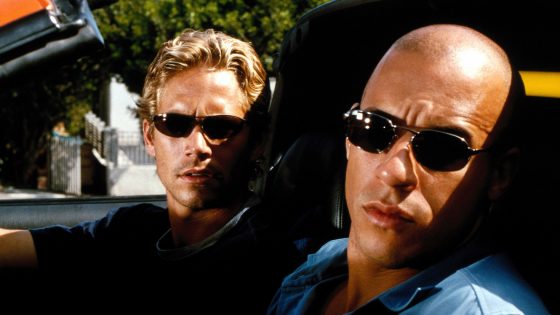 As the family gets torn asunder in the eighth movie of the series, The Fate of the Furious, this month, the Everything Action crew is heading back to where it all began for 2001’s The Fast and The Furious.

As most people pointed out when it came out, and in subsequent years, The Fast and The Furious is basically a remake of Point Break, except replace surfing with street racing as undercover cop Brian O’Connor infiltrates a gang of racers led by Dominic Toretto, who moonlight as high octane thieves robbing semi trucks of DVD players and other valuable 2001 goods.  The core tenets of family and racing and high stakes heists are all here but in very primal forms under a layer of nu-metal and Ja Rule and series regulars Mia and Letty are on hand along with semi-forgotten members of the “family” like Jesse and Vince (who shockingly did come back in Fast Five).  You’ll probably have to rent or buy a digital copy or grab your DVD or Blu-Ray copy, because it’s not streaming anywhere as of right now but we’ll figure it out and get back into the gritty world of street racing at the end of the month.

EA Commentary: The Fast and The Furious