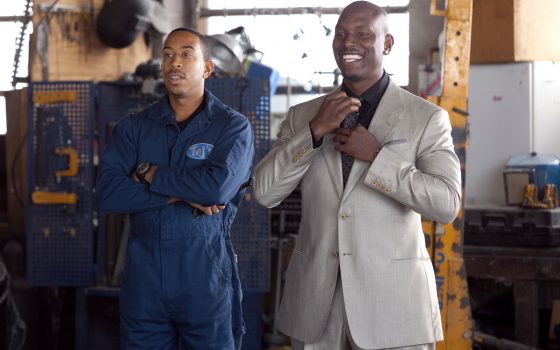 The lovable comic relief of the Fast & Furious franchise, Tyrese is also a Grammy nominated R&B singer, with six albums from 1998 to 2015.  His last album, Black Rose, hit #1 on both Billboard Hot 200 and R&B charts and the main single from that album “Shame” was nominated for best traditional R&B performance and best R&B song at the 58th Grammy Awards.  His highest performing single was “How You Gonna Act Like That?” from 2002’s “I Want to Go There”, which hit #7 on the Hot 200 and #3 on the R&B charts.  He’s collaborated with the similarly styled Ginuwine and Tank and they formed an R&B supergroup called TGT that put out the album Three Kings that hit #1 on the US R&B charts and #3 on the Hot 200.  Tyrese was even the best man at Ginuwine’s wedding.  You can check out some of Tyrese’s songs below and see Roman get into more trouble in this Friday’s The Fate of the Furious.