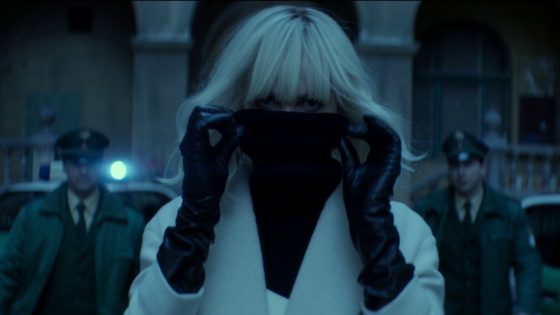 With the success of the John Wick movies, it seems like we’re getting a bunch of stylish yet brutal action movies in the near future and Atomic Blonde seems like hopefully the next great entry in that current trend.  Coming from John Wick co-director David Leitch, who is also directing Deadpool 2, Atomic Blonde has Charlize Theron starring as bad ass MI6 agent Lorraine Broughton, who is sent into Cold War era Berlin to retrieve a dossier of important secrets when the previous agent assigned there is killed but she’s almost immediately the target of Soviet agents, meaning there’s a leak in the agency.  James McAvoy co-stars as her contact and John Goodman, Sofia Boutella and Toby Jones co-star as well.  The movie debuted at SXSW a few weeks ago and reviews were good, although whether it lived up to the awesomeness of the first and this trailer seems to be up for debate.  We’ll find out when it hits on July 28 and you can check out the trailer below.

Hobbs and Shaw Are Coming To Explode The Summer (Trailer)