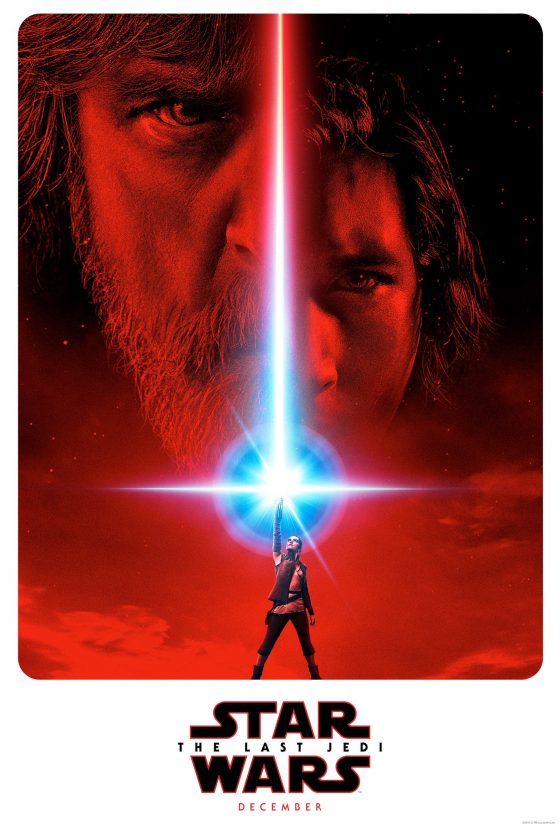 As we all hoped and expected, the first trailer for The Last Jedi aka Star Wars Episode IX arrived during the movie’s panel at Star Wars Celebration today.  Picking up immediately where The Force Awakens left off, Rey has found Luke Skywalker and begins her training in the ways of the Force while the Resistance continues their battle against the First Order.  Poe Dameron is back in the thick of it in his X-Wing with BB-8 while Finn still seems to be in some sort of coma after his injury at the hands of Kylo Ren.  There’s some crazy looking new land fighters being deployed and some space battles that look fantastic and an ominous final line from Luke saying that “It’s time for the Jedi to end”.  Rian Johnson, who directed Brick, Looper and some of the best Breaking Bad episodes ever, is behind the camera and the movie arrives on December 15th, 2017.  Check out the first trailer below.