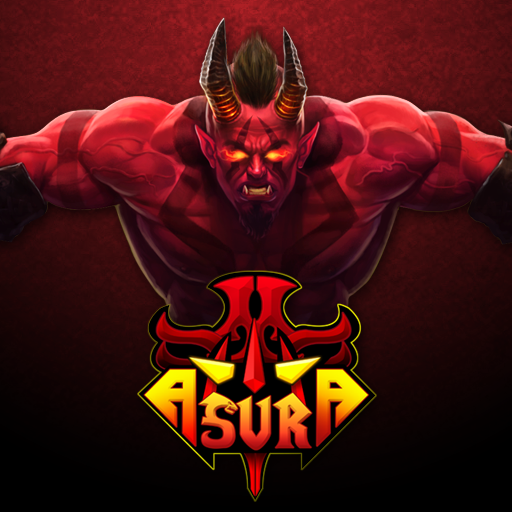 Ogre Head Studio’s first major indie game Asura is finally complete and ready for download, I got my hands on a copy from co-founder Zainuddeen Fahadh early this week to see what Ogre Head Studio had been developing for the last two years.

Inspired by Indian mythology, Asura is about a demon that was created by the vengeful spirit of a child who was chosen as a human sacrifice. Reborn with the powers of four gods, and a vendetta to destroy an empire, the demon sets off on a destructive quest to get revenge on the King of Daeva. 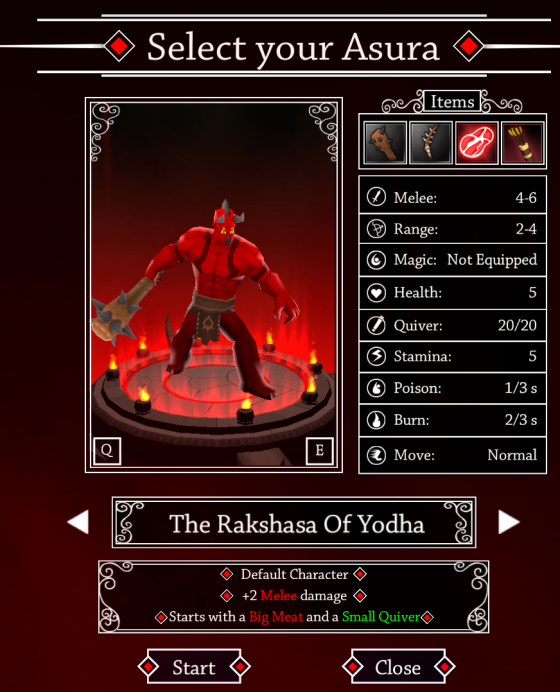 Asura’s gameplay has dungeon crawler & Rogue-like elements similar to Diablo and TorchLight, focusing heavily on hack & slash and exploration to earn experience and find upgrades. Objectives in the game are pretty straight forward: explore rooms, clear all the enemies, and collect loot. Asura offers players many options to customize their play style while taking on the Daeva empire. Players can collect experience points to redeem for skill points to invest in one of the four gods powers (Shastra). Each Shastra increases range, melee and magic skills, effects how the player optimizes weapons & armor. 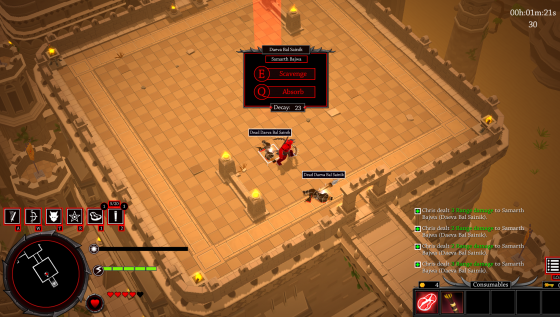 Levels in Asura are randomly generated, so no two play through are alike. Items, Equipment, Enemies and Boss Battles are changed on every play through. There is an added degree of difficulty because dying and repeating a level might accidentally activate a boss battle only six rooms into the game.

My first hour of Asura was adjusting to the combat and finding the build that I enjoyed to take on the first few bosses. I am a gold grinder in games like these, so I made sure to try and collect as much of the in game currency (sona) as I could to spend in weapon forges and item shops. 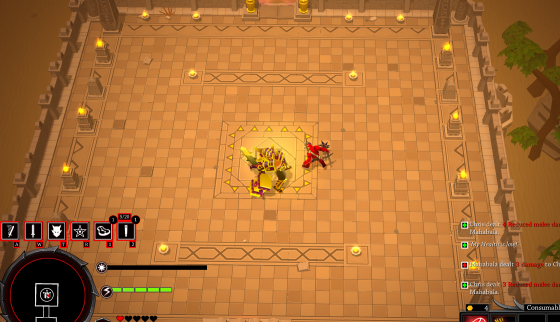 Taking on the first fortress boss, I was lucky to have a few basic magic spells unlocked and a fast enough melee weapon to take swipes around the heavy armored boss Mahabala. Figuring out the patterns, timing my attacks and managing my health items is game playing 101 to me, but could prove a deep learning curve to newbie players.

The team of Ogre Head Studio have crafted an enjoyed action game that showcases the talents coming from India. Some minor issues I found was a lack of a traditional Lock On targeting for the arrows & magic spells while running around in combat, this made combat a bit frustrating to line up my shots in the heat of battle.

The game has some replay value to take on the levels with different character builds and see what level design you get with it. Asura is a fun indie title for gamers looking for a action adventure game to fill their time for a long week and they should find the action to be fast paced and fluent, but be challenged by the tough bosses.

Asura is available for download now on Steam, Humble Store and GoG.