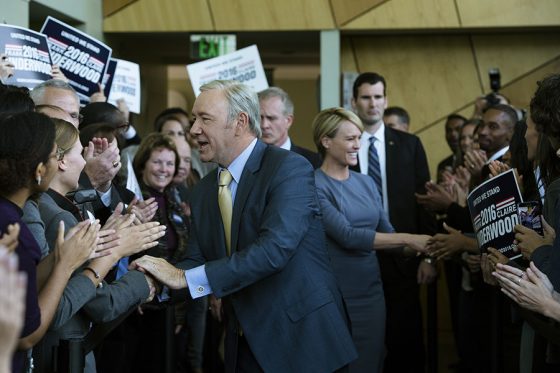 House of Cards returns at the end of the month for their first season post-Trump and the Underwoods (Kevin Spacey and Robin Wright) are ready to exploit the fear and stupidity of the American voters in their campaign as President/VP against Republican presidential candidate Will Conway (Joel Kinnaman) as the 2016 election closes in.  Frank also has declared “total war” against the ISIS equivalent ICO and he and Claire allowed an American hostage to be executed on the Internet as a strategic play to distract from an expose by reporter Tom Hammerschmidt, who was trying to piece together the web of Frank’s actions after his former employee Lucas Goodwin seemingly lost it and tried to assassinate Frank.  It seems like typical House of Cards drama, which has been good to great every season so far, so I’m definitely still on board.  Check out the trailer below and Season 5 drops on May 30th on Netflix.