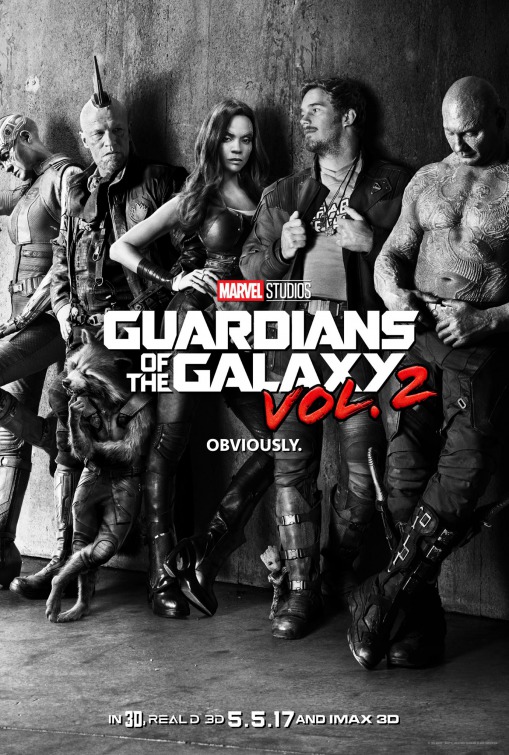 Guardians of the Galaxy Vol. 2

Plot: Set to the all-new sonic backdrop of Awesome Mixtape #2, Marvel Studios’ “Guardians of the Galaxy Vol. 2” continues the team’s adventures as they traverse the outer reaches of the cosmos. The Guardians must fight to keep their newfound family together as they unravel the mystery of Peter Quill’s true parentage. Old foes become new allies and fan-favorite characters from the classic comics will come to our heroes’ aid as the Marvel Cinematic Universe continues to expand.

Critic Consensus: “Guardians of the Galaxy Vol. 2‘s action-packed plot, dazzling visuals, and irreverent humor add up to a sequel that’s almost as fun — if not quite as thrillingly fresh — as its predecessor”

We Finally Meet Ego in the Latest Guardians Vol. 2 Trailer