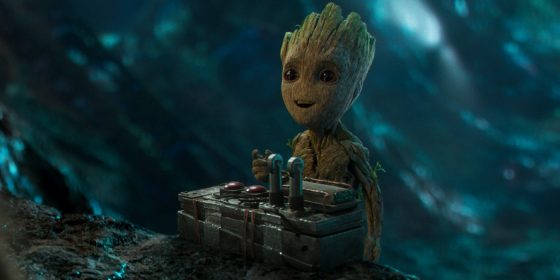 Summer blockbuster season got off to a huge start with Guardians of the Galaxy Vol. 2 opening to $145 million, way up from the first film’s already impressive $94.3 million opening in August of 2014 and it’s the highest sequel jump ever for the MCU.  The movie is the second biggest opening of the year domestically behind fellow Disney film Beauty and the Beast and pushes Fate of the Furious down the third for the year but, since it didn’t have a simultaneous release like Fate did, Fate’s ridiculous worldwide opening is still intact on top of the all time opening chart.  Adding it’s worldwide take so far of $282.6 million, Guardians Vol. 2 has made over $427 million and it’s currently 13th all time for the MCU’s worldwide totals, already beating Captain America: The First Avenger and The Incredible Hulk.  With the Guardians Vol. 2 opening, the MCU has now made over $11.3 billion worldwide.

Fate of the Furious dropped to second with another $8.5 million, putting it over $207 million domestically and putting it at $1.158 billion total, making it at number 13 on the all time box office chart.

The Boss Baby took third with another $6.2 million, bringing it to over $156 million domestic and $434.9 worldwide.

How to Be a Latin Lover and Beauty and the Beast rounded out the top 5, with the latter up to $1.185 billion worldwide and putting it at number 11 on the all time worldwide box office chart.

Indian sensation Baahubali 2: The Conclusion lost almost 70% of it’s box office from last weekend, going from third to seventh, but it’s still only in 418 theaters and took in another $3.2 million or $7,757 per theater, making it one of the best performers of the weekend.

Guardians should most likely remain on top for another weekend as it’s main competition is Guy Ritchie’s King Arthur, which is apparently selling out advance tickets but doesn’t seem like it can unseat Star-Lord and company.