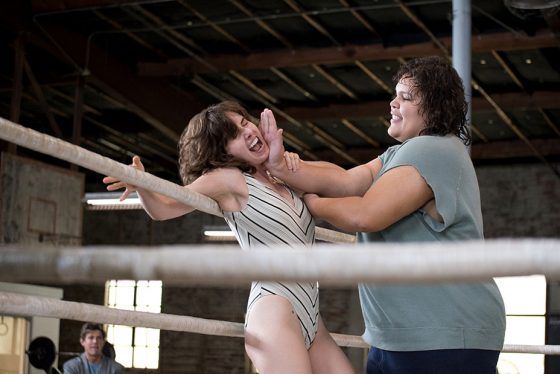 Coming from the team behind Orange is the New Black, Netflix is heading back to the 80’s in June with GLOW aka Gorgeous Ladies of Wrestling.  Based on the real life wrestling promotion of the same name, Alison Brie stars as Ruth Wilder, a struggling actress who answers a strange casting call and ends up one of the 12 initial wrestlers of GLOW.  Marc Maron co-stars as Sam Sylvia, the mastermind behind the show and Betty Gilpin plays Debbie Eagan, a former soap opera actress who becomes Ruth’s main rival.  It looks ridiculous but also seems to have some heart as, despite the glitter and spandex, GLOW empowered it’s female wrestlers when there wasn’t a lot of opportunities that did so back in the 80’s (as evidenced by the awkward audition Ruth goes on in the opening of the trailer).  All episodes start streaming on June 23rd and you can check out the trailer below.

Netflix Reveals A Ton of Original Movies and Shows (Trailers)

Trey Parker Wields the 80s in Despicable Me 3 (Trailer)