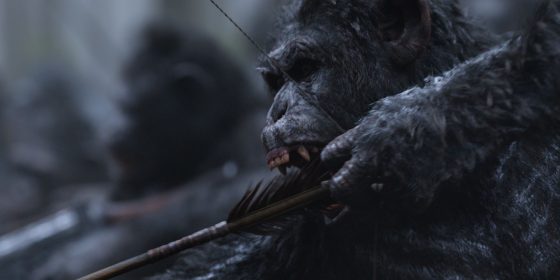 The final trailer for this July’s third movie in the rebooted Planet of the Apes franchise finds ape and human kind engaged in all out of war for dominance over the planet.  After any chance at peace was lost in Dawn of the Planet of the Apes, the ruthless Colonel (Woody Harrelson) has been battling Caesar’s (Andy Serkis) ape forces and Caesar takes it upon himself to end the Colonel once and for all.  The apes also discover an orphan girl named Nova that may lead to tension in the ape ranks while a traitorous gorilla works for the Colonel.  Matt Reeves is back to direct after directing Dawn and it just looks epic and one of our most anticipated movies of the summer.  It’s out on July 14th and you can check out the final trailer below.

Review: War for the Planet of the Apes

The War for the Planet Begins in July (Trailer)