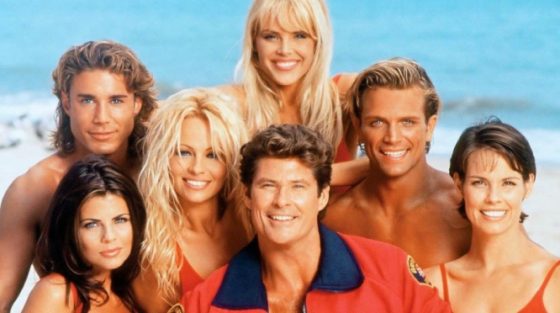 With The Rock and Zac Effron bringing Baywatch back to the big screen this week, it’s the perfect time to highlight the music video of it’s iconic theme song “I’m Always Here” by former Survivor frontman, the late Jimi Jamison.  Baywatch actually went through a number of different theme songs, starting out with the “cheesy in a bad way” Save Me by Peter Cetera and The Hoff contributed a few of the end credits themes, including Currents of Love and he teamed up with Laura Brannigan for “I Believe”.  The Jamison theme is the one every remembers, with those intro synth drums leading into some radical late 80’s/early 90’s rocking and the music video features him wandering around the various sets from the show rocking out on his guitar.  Check it out below.