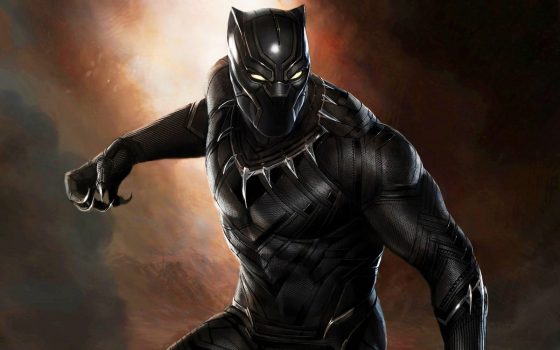 Although Spider-Man stole the spotlight coming out of Civil War, Black Panther’s debut into the MCU was equally as great and King T’Challa stars in his own movie next February.  Starring Chadwick Boseman, who brought both the regalness and bad assness in Civil War, he must defend his technologically advanced kingdom from a cadre of villains including Erik Killmonger (Michael B. Jordan),  Ulysses Klaue (Andy Serkis) and M’baku the Man-Ape (Winston Duke).  The insane supporting cast includes Lupito Nyong’o, Martin Freeman, Daniel Kaluuya, Danai Gurira, Forest Whitaker, Angela Bassett, Sterling K. Brown and Phylicia Rashad.  Ryan Coogler, of Fruitvale Station and Creed, is directing and it already looks like it’s going to be incredibly distinct from the rest of the MCU, with a mix of insanely high-tech gadgetry and traditional African elements blending together.  The movie is out on February 16th and you can check out the trailer below.