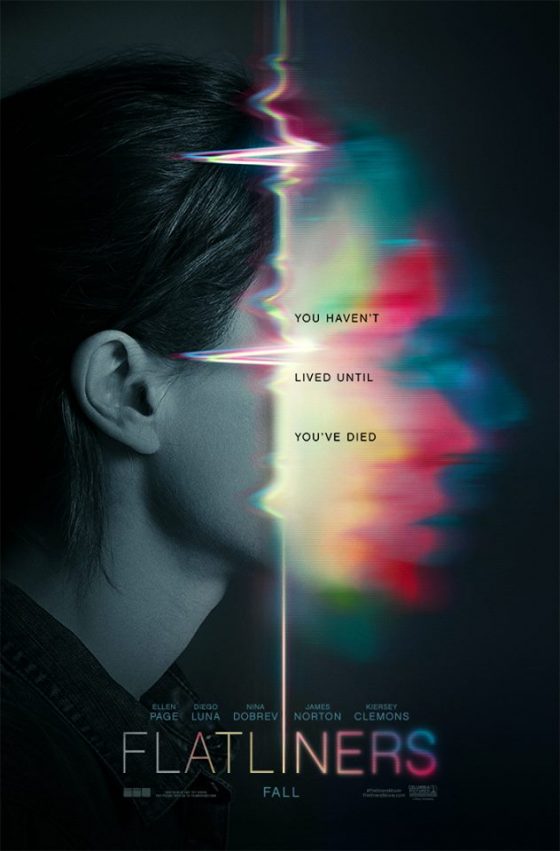 Hitting in 1990, Flatliners featured an all-star cast including Kiefer Sutherland, Julia Roberts, Oliver Platt, Kevin Bacon and William Baldwin and directed by Joel Schumacher before he went insane in Gotham City.  The sexy young doctors start experimenting to see what lies beyond after you die by killing themselves and then having the rest of the group revive them after a set time limit but they start experiencing horrific hallucinations and side effects.  The same thing is basically going on in this new version, with Ellen Page, Nina Dobrev, Diego Luna, James Norton and Kiersey Clemons as the new group conducting after life experiments and suffering disturbing visions and weird side effects, which they probably should have expected.  It’s directed by Niels Arden Oplev, who directed the original Girl with the Dragon Tattoo Movie and Dead Man Down, is directing and it’s out on September 29th.  Check out the trailer below.