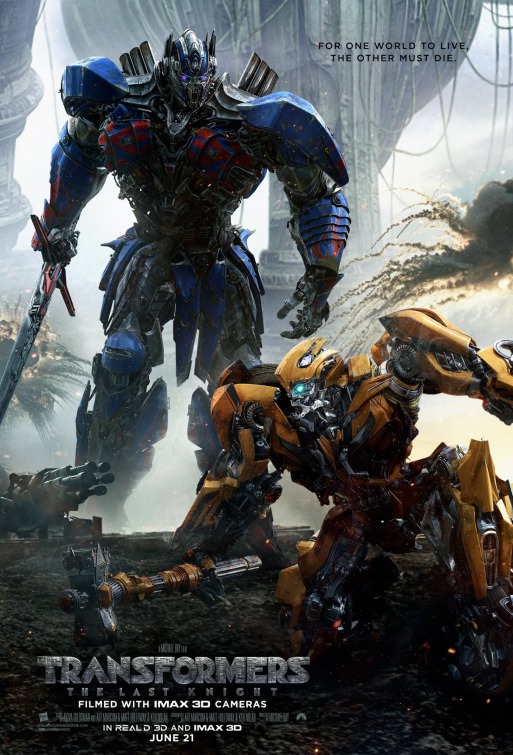 Plot: Humans and Transformers are at war, Optimus Prime is gone. The key to saving our future lies buried in the secrets of the past, in the hidden history of Transformers on Earth.

Critic Consensus: “Cacophonous, thinly plotted, and boasting state-of-the-art special effects, The Last Knight is pretty much what you’d expect from the fifth installment of the Transformers franchise”

Optimus Gets Space Madness in Transformers: The Last Knight (Trailer)