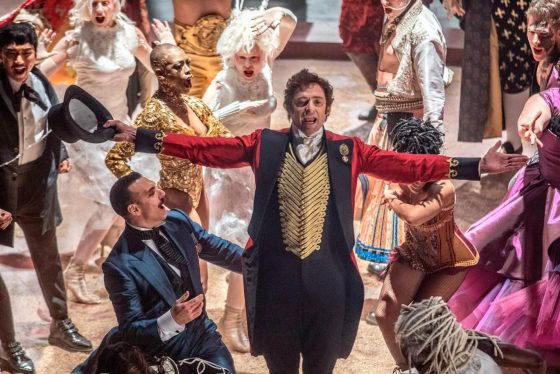 After wrapping up his tenure as Wolverine earlier this year, Hugh Jackman returns in the fall to the other thing he’s best known for, singing and dancing up a storm, with the musical biopic The Greatest Showman.  Jackman plays PT Barnum and the movie follows him after he gets laid off from his job and he decides to create the circus show he’s most famous for.  Zac Effron, Zendaya, Michelle Williams and Rebecca Ferguson co-star and it’s directed by first time director Michael Gracey, although Bill Condon co-wrote the screenplay.  The movie will feature songs from the La La Land team and it seems like if you’re looking for a realistic take on PT Barnum’s life, this probably isn’t the movie for you, as it seems like it’s really sugar coating things and being a celebration of diversity, which people in Barnum’s time were most assuredly not doing (This is a time period when an army squad was sent to Africa to kidnap an entire tribe of native people for the World’s Fair). The movie comes out on Christmas and you can check out the trailer below.