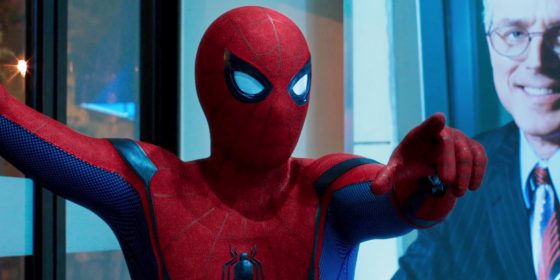 We hit peak Summer Blockbuster season this past weekend as Spider-Man: Homecoming kicked off July’s releases in epic fashion with a massive $117 million opening, the second best Spider-Man opening ever behind the inexplicably successful Spider-Man 3.  It’s also the seventh best opening for the MCU and the best first movie for a single character in the MCU, topping Iron Man.  It’s also the third highest opening of the year behind Beauty and the Beast and Guardians Vol. 2.  Internationally the movie made another $140 million, putting its grand total to over $257 million.

In a distant second was Despicable Me 3 with $33.9 million, bringing it to just shy of $150 million and it’s doing extremely well internationally with $298 million, including an opening of $66 million in China, which is the largest ever animated opening for that country.

Baby Driver only dropped 38% from last weekend and took in another $12.8 million, putting it over $56 million for it’s two weeks out and it’s already Edgar Wright’s highest grossing film ever.

Wonder Woman and Transformers 5 rounded out the top 5 with $10.1 million and $6.3 million respectively.  Transformers is also still way off pace from where Age of Extinction was during the same time period by around $100 million but still doing

Further down the charts, a couple of smaller movies expanded and made it into the top 10 with The Big Sick taking 8th place with $3.7 million in 326 theaters and taking  that spot away from fellow limited release, The Beguiled, which dropped to 10th with $2 million in 941 theaters.

Battle at the Box Office 7/3