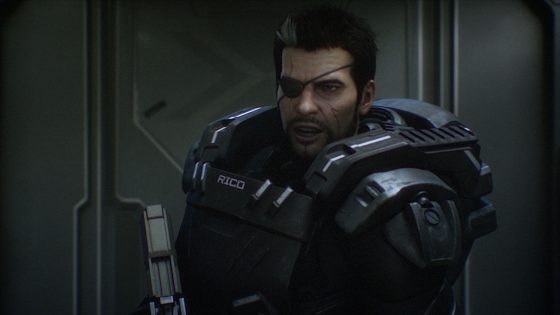 20 years after first battling the invading Bug forces, Casper Van Dien is back as a grizzled, eye-patch wearing Johnny Rico for the latest Starship Troopers animated movie, Traitor of Mars.  Rico is now in charge of a group of Mobile Infantry troopers on Mars when a full scale Bug invasion hits the planet and his squad is the only ones who can stop it but, as the title seems to suggest, it seems like someone might not want the battle to go Rico’s way.  There’s also the inexplicable return of Dizzy Flores, played again by Dina Mayer, who seemed pretty definitively dead in the first movie but maybe is some sort of hallucination or just somehow survived her egregious puncture wounds. Traitor of Mars will be in theaters for a special one night only Fathom event on August 21st and then will hit VOD on August 22nd and DVD/Blu-Ray on September 19th.  Check out the trailer below.

Inhumans Looks Better But Still Not Great in New Trailer