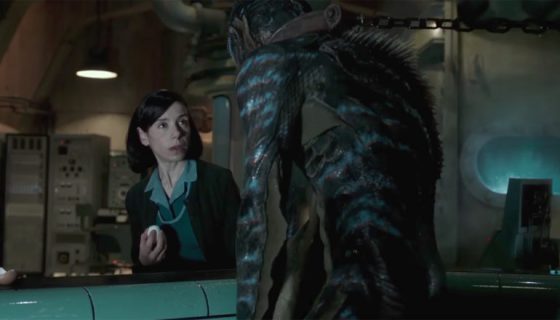 It seems like recenly Guillermo Del Toro’s name gets thrown around on a bunch of different projects but none of them very concrete but he’s back in the director’s chair for this winter’s The Shape of Water.  Seeming like the closest we will ever get to an Abe Sapian spin-off movie, The Shape of Water stars Sally Hawkins as a mute cleaner at a government facility who discovers they are housing a humanoid, aquatic creature that she begins to bond with (and played by Doug Jones).  Michael Shannon stars as the facility’s uncaring supervisor with Octavia Spencer, Richard Jenkins and Michael Stuhlbarg co-starring as well.  Visually it looks great as always when you have GDT directing and everyone acting wise looks fantastic as well.  The movie is out on December 8th and you can check out the trailer below.