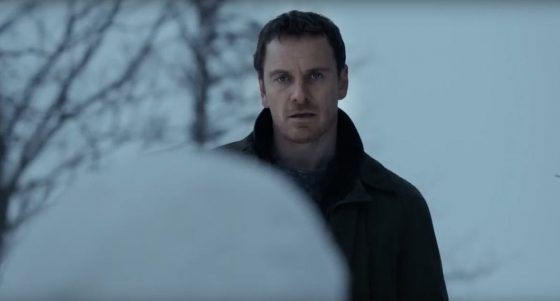 Based on the novel by Jo Nesbo, Michael Fassbender and Rebecca Ferguson team up to track a serial killer in a sparse, icy locale.  The gimmick of this killer is that he’s carving off parts of his victim’s bodies and leaving creepy snowmen around along with child-like notes taunting Fassbender’s Harry Hole (yes that is apparently actually his name).  JK Simmons, Val Kilmer(!) and Charlotte Gainsbourg co-star and the movie is directed by Let the Right One In and Tinker Tailor Soldier Spy director Tomas Alfredson and visually it looks great but, even with the all-star cast, it seems like just a solid serial killer movie.  It hits theaters on October 20th and you can check out the trailer below.