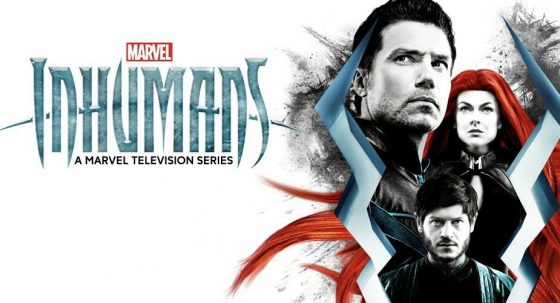 Marvel unveiled a new trailer for the upcoming Inhumans show at SDCC and, while it definitely looks better than that awful first trailer, it still does not look particularly good.  Following the Inhuman royal family on the Moon, led by their king Black Bolt (Anson Mount), a coup is set in motion by Black Bolt’s insane brother Maximus (Iwan Rheon), who lost the Inhuman gene while going through Terrigenesis and did not gain any new powers.  Black Bolt is forced to flee to Earth with their giant teleporting bulldog Lockjaw while the rest of the family, including his wife Medusa (Serinda Swan) have to deal with Maximus back on the Moon.  The CG looks a bit more complete, including Medusa’s hair finally moving around a bit, but overall the show does not look particularly interesting and there’s no hint of if or how it will play into the already established Inhuman lore setup by Agents of SHIELD.  The show will debut in IMAX theaters on September 1st and then hit ABC on September 29th.  You can check out the new trailer below.