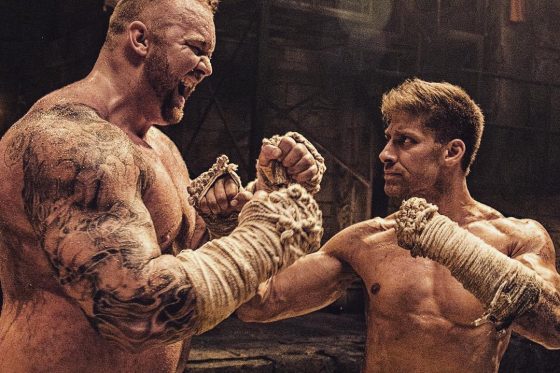 A year after defeating Tong Po and avenging his brother, Kurt Sloane (Alain Moussi) has vowed to never return to Thailand and is trying to win a legitimate title in an MMA championship bout but he’s forced back to Thailand and the illegal underground fight scene by Thomas Moore (Christopher Lambert), who threatens to kill Kurt’s now wife Liu (Sara Malakul Lane) if he doesn’t fight his champion, the gigantic Mongkut (Game of Thrones’ Hafþór Júlíus Björnsson).  Jean Claude Van Damme returns as Kurt’s trainer, Durand and Mike Tyson is here as well as a character named Briggs (who might fight JCVD?!) and MMA fighters Roy Nelson, Fabricio Verdun, Wanderlei Silva and Rico Verhoeven co-star as well.  The first was OK but didn’t really live up the bar set by the original but hopefully with additions like Lambert and Tyson, this one will be better.  It’s out sometime this year and you can check out the trailer below.