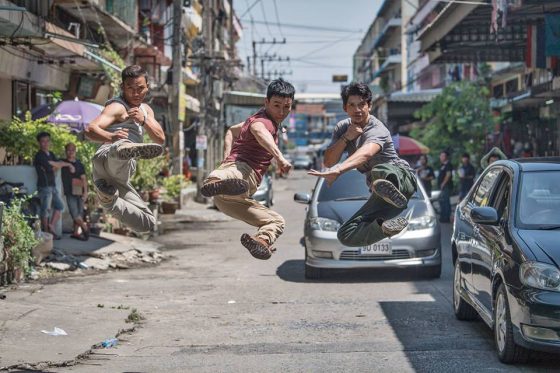 Tiger Chen, Tony Jaa and Iko Uwais, even one of those guys would be enough to take down a small army but they are unbelievably teaming up together in the upcoming action movie Triple Threat.  The trio are down and out mercenaries who come to protect a billionaire’s daughter (Celina Jade) from a crew of assassins that includes Michael Bisping, Jeeja Yanin Scott Adkins(!) and Michael Jai White(!!).  That cast is unbelievable and it seems like hopefully the action will live up to them.  It’s directed by Jesse V. Johnson, who’s directed the likes of Adkins and Dolph Lundgren in things like The Package and Savage Dog and it should arrive either late this year or early next year.  Check out the bone crunching trailer below.