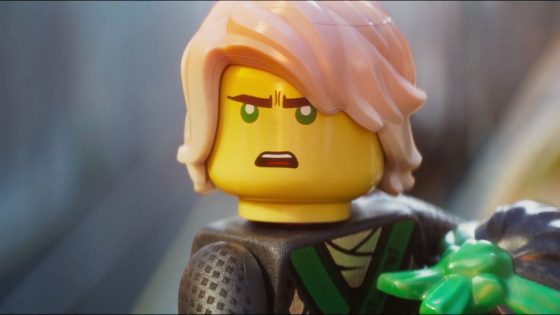 The Lego Batman Movie blew away even the highest expectations earlier this year, so the bar is probably impossibly high for the next Lego movie, The Lego Ninjago Movie, to reach but it still looks pretty darn fun.  Dave Franco stars as Lloyd, the green Ninjago ninja who learns that his team’s archnemesis Garmadon (Justin Theroux) is actually his dad, who he needs to stop before he destroys the Ninjago world.  Possibly giving away too much in this new trailer, it seems like father and son eventually have to team up to take down an even bigger (and ridiculous) threat.  Jackie Chan, Abbi Jacobsen, Kumail Nanjiani, Olivia Munn, Michael Pena and Zach Woods co-star and it looks like Ninjago is going to continue the goofy humor, fourth wall breaking and fun action of the prior two Lego movies.  Lego Ninjago is out on September 22nd and you can check out the new trailer below.