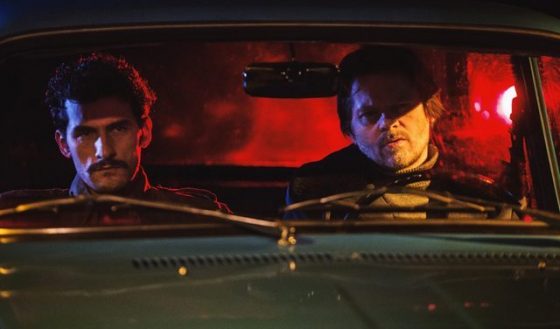 The upcoming Amazon series Comrade Detective is hitting on August 4th and it features the insane but potentially hilarious gimmick of being a “lost” 80’s Romanian cop show that has been rediscovered and dubbed by American actors like Channing Tatum, Joseph Gordon-Levitt and Nick Offerman with actual Romanian actors Florin Piersic Jr and Corneliu Ulici in the lead roles.  The show kind of seems like it’s in the vein of something like Black Dynamite and there’s over the top portrayals of that capitalist wasteland, the US, going on along with lots of cop show cliches.  Check out the trailer below.

Chance the Rapper Investigates the Paranormal in Slice (Trailer)