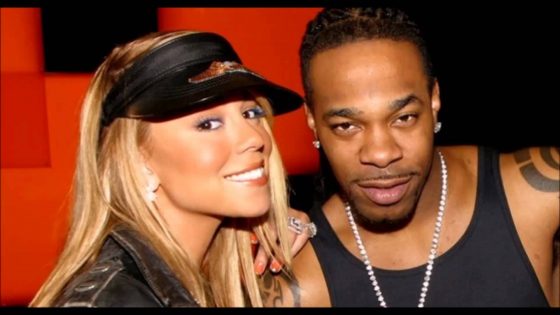 Coming in 2003 off of Busta’s “It Ain’t Safe No More” album, “I Know What You Want” features Mariah Carey, Busta’s group Flipmode Squad and one Michael Jai White in the music video.  The music video premise is kind of bizarre as Michael Jai White, possibly playing himself(?), approaches Busta and requests that he watch over his wife while he is out on business, because Busta is the only person MJW trusts but Busta is almost immediately lusting after said wife while watching her on the surveillance cameras of MJW’s mansion.  MJW’s wife is also reading a Sin Cityesque comic at one point that comes to life in the video.  Another question, why is Mariah Carey not the wife instead of just being in an orange void in a bikini for the whole video?  Regardless of these questions, the song was a hit, reaching #3 on the Billboard charts and stayed on the Top 40 for 21 weeks and was #17 for the end of 2003 Billboard chart.  You can check out the video below.