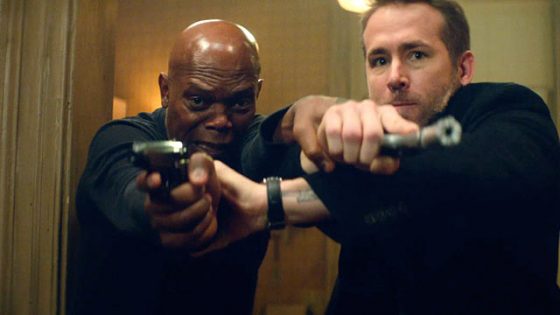 August 2017 continues to be a slog at the box office but The Hitman’s Bodyguard managed to perform slightly above expectations and win the weekend with $21.6 million.

The entire box office was down about $38 million from the same time last year with all movies making a total of $81.5 million.  The Hitman’s Bodyguard was the eighth best opening for Ryan Reynolds and 28th for Samuel L. Jackson but he’s been a part of some of the biggest franchises of all time.  It was also up about $6 million from director Patrick Hughes’ last movie, The Expendables 3.

Annabelle: Creation dropped to second with another $15.5 million, bringing it to just over $64 million for its two weeks out, plus another $96.7 million worldwide.  The Conjuring franchise has now made over $1 billion worldwide with four movies in the franchise so far and at least 3 more on the way.

Dunkirk and The Nut Job 2 rounded out the top 5, with the former crossing past $165 million.

Further down the list, Girls Trip continues to be one of the biggest surprise hits of the summer and passed Baby Driver to make it into the top 10 for the whole summer at number 10 with $103.9 million.

Wind River made it into the top 10 with a wider expansion into 649 more theaters and took tenth place with $3 million.

Wonder Woman also continued to dominate and is now the highest grossing superhero origin movie with $404 million, topping the first Sam Raimi Spider-Man movie, which made $403 million back in 2002 (although it’s technically fourth if you adjust for inflation).

Battle at the Box Office 9/4

Battle at the Box Office 8/7