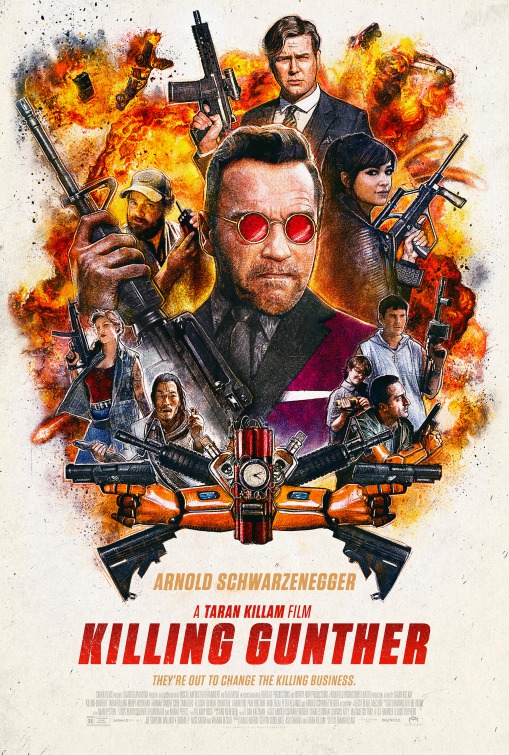 Coming from former SNL star Taran Killam, who co-stars and directs, our patron saint Arnold Schwarzenegger stars as the world’s greatest assassin in the upcoming mockumentary, Killing Gunther.  Killam’s Blake is sick and tired of always being runner up to Gunther in the world of hitmen, so he assembles a team to take down Gunther and take his title but Gunther is crazier and cagier than he anticipated.  Bobby Moynihan, Amir Talai, Allison Tolman, Hannah Simone and Ryan Gaul round out Blake’s team and Cobie Smulders co-stars as well.  Arnold seems like he’s having a blast and this is basically something like The Lonely Island’s Popstar but with Arnold and assassins instead of deluded musicians.  It’s out on October 20th and you can check out the trailer below.