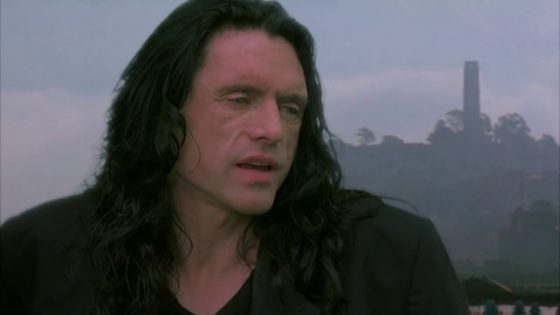 Tommy Wiseau’s The Room has become a legend in the world of terrible cinema, arguably the worst movie ever made but also uniquely fascinating and hilarious.  The story behind making the movie is even stranger and that story will be told this winter with the adaptation of Room co-star Greg Sestero’s book, The Disaster Artist.  Directed by and starring James Franco as Tommy and Dave Franco as Greg, the movie shows how the pair met in acting school and developed a bizarrely touching friendship and how Tommy decided that he would show all the Hollywood fat cats that rejected him by making the greatest movie ever but proceeding to do everything as wrong as anyone ever has.  Along with the Francos, Alison Brie, Paul Scheer, Seth Rogen, Zac Efron, Zoey Deutch and Josh Hutcherson co-star along with a slew of celebrities playing themselves.  It’s out on December 8th and you can check out the trailer below.