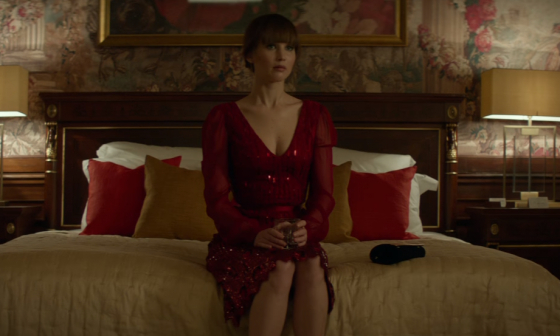 Seemingly taking a cue from both Atomic Blonde and the origins of the MCU Black Widow (who still doesn’t have any word of a solo movie), Jennifer Lawrence is a Russian ballerina turned deadly spy/assassin in Red Sparrow.  After suffering an injury that ends her dance career, Dominika (Lawrence) is recruited for Sparrow School, where young agents are trained to use their bodies as weapons to gain intelligence and kill.  The movie reunites Lawrence with the director of the last three Hunger Games movies, Francis Lawrence (no relation), who also directed Constantine and I Am Legend.  Joel Edgerton, Matthias Schoenaerts, Charlotte Rampling, Mary-Louise Parker and Jeremy Irons co-star and the movie is out in March of next year.  It looks like a solid spy thriller but nothing really ground breaking and you can check out the trailer below.

David Ayer and Will Smith Reteam for Bright (Trailer)