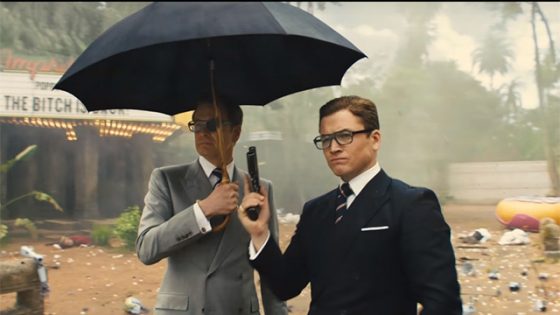 The Kingsmen managed to take down Pennywise as Kingsman: The Golden Circle took the top spot at the box office over the weekend.

IT took in another $29.7 million, bringing it to over $266 million for it’s three weeks out.  It’s also made an additional $211 million worldwide, putting it over $477 million worldwide and it’s the highest earning R rated horror film (without inflation) of all time.

The Lego Ninjago Movie had the lowest opening so far for the Lego franchise with $21.2 million.  Lego Batman made $53 million and The Lego Movie made $69 million in their opening weekends and the franchise has been on a downhill slope.  Ninjago was also not the most appealing property for adult fans compared to the kitchen sink pop culture of Lego Movie or the love letter to Batman of Lego Batman.

American Assassin and Mother! rounded out the top 5, both dropping close to 60% from their last weekend, with the latter only making another $3.2 million, bringing it to just $13.4 million for it’s two weeks out.

Also not doing great, Friend Request bombed with $2.4 million, which is the worst opening ever for a movie opening in over 2,500 theaters.

Further down the list, Stronger, a film about Boston Marathon bombing survivor Jeff Bauman, took ninth place in 574 theaters with $1.7 million.  The Ben Stiller movie Brad’s Status also jumped closer to the top ten as it expanded into 453 and took 12th place with $1 million.